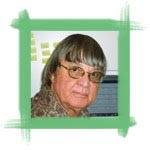 Dator founded Alternative Futures in 1977, and is currently a professor at the University of Hawaii. He is also the Head of Futures Graduate Option. A collection of the papers he has written is available here. A podcast titles “Four Generic Images of the Futures ‘ Continued Growth, Collapse of Economic Stuctures, Disciplined Sustainable Society, Transformation” is available here.

His major areas of specialization include:

–Political futures studies (especially the forecasting and design of new political institutions, and the futures of law, education, and technology)

–Space and society, especially the design of governance systems for space settlements

Fellow and member of the Executive Council of the World Academy of Art & Science,

He was an advisor to the Hawaii State Commission for the Year 2000, and has consulted with state futures commissions for Florida, Oregon, and Illinois. He has been a planning consultant to the state judiciaries of Hawaii, Virginia, Arizona, Massachusetts, Illinois and Kansas, and the Federated States of Micronesia as well as several law firms in Hawaii and on the US mainland.