Networking. Yes, I know it’s a word that can often elicit a nervous response from those on the receiving end. ‘What should I wear? Who do I talk to? How do I tell them what I do? Wait’. What DO I do’? Ah, indeed this word can even get you questioning just what it is you do. But it doesn’t have to be this difficult does it? According to an article on Fast Company this week, there are four things you should keep in mind when networking that will shake those nerves. 1. Pay attention to body language. ‘Glance down at their feet to see if they are still facing towards you. If they’re not, she says, it’s a sure sign they want to move on.’ 2. Keep track of timing. Start practicing what a 30-60 second exchange should feel like. Too often, once we get going, we don’t realize how long we’ve been speaking. 3 and 4 remind you to focus on the person that you’re talking to rather than you and also be ready with some interesting stories. If you think about it, a good story is enough to keep someone engaged long enough to actually get to know a little bit more about you and your personality. I highly recommend reading the full article to learn more about the ways you can improve your networking.

According to an article released on Ars Technica this week, Apple Pay adoption growth has slowed in recent months. The data, released from a market research company called Phoenix Marketing International, is based off of a survey sent out to people who identified as financial decision makers. ‘In February, four months after Apple Pay launched, 11 percent of respondents said they had signed up for Apple Pay. But by September, the number of respondents who had signed up for Apple Pay had only increased to 14 percent.’ The article does note that the decline in some of these numbers could potentially be attributed to the fact that Apple Pay only works on iPhone 6 or later models. This research also tells us that a slight majority of people using Apple Pay are between the ages of 33 and 48 while 42% are between the ages of 18 and 32-years-old. This article is a fascinating read because it explores a lot of the possible explanations for the decline in growth with Apple Pay. If you are interested in reading the full article click here.

This week, Forbes wrote an article that discusses DX Marketing firm’s decision to move their database to the cloud in order to receive faster consumer insights. Along with this move, the firm was able to avoid the expense of hiring a new IT staff and buying new infrastructure. ”By reducing the project’s IT budget, we could actually hire some really top-grade analytics talent,’ DX Marketing President Ray Owens says. ‘So we went out and hired our own data scientist.’ The 14-year-old company does marketing creative work, prints and distributes direct marketing material, and crafts marketing strategies for clients, such as when to use digital, search, or radio advertising channels.’ By taking advantage of the cloud the firm is now able to get faster speed to the market and gain higher quality marketing insights. A lot of talk has gone around about the cloud and how it can work multilaterally, but this is just one added benefit to the marketing industry in gaining better consumer insights.
Nichole Dicharry, is a Digital Marketing Assistant at IIR USA, Marketing and Finance Divisions, who works on various aspects of the industry including social media, marketing analysis and media. She can be reached at Ndicharry@iirusa.com 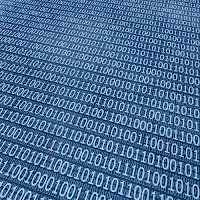 Immense amounts of data is being gathered every day.  However, with all this new data that is being collected, there are still a few things that researchers misunderstand according to Brian Gentile at Mashable. What are a few of them?

This fall at The Market Research Event, we’re introducing the all new track “Data Analysis and BIG Data.”  In this track, we’ll hear from companies who are entrenched in this new form of analysis including LinkedIn, Nestle Purina Petcare, Advance Auto Parts, Home Depot, Heineken Mexico, Gerber Products, Takeda Pharmaceuticals and Fidelity Investments.  For more information on their presentations, download the program.  If you want to know more about this year’s program, download the agenda.  If you’d like to join us this November 12-14 in Boca Raton, Florida, as a reader of this blog when you register to join us and mention code TMRE12BLOG, you’ll save 15% off the standard rate!
What are some other common misconceptions about big data?