Clients are Tigers and Bears. Oh My! Part One

I’ve been known to eat dessert before dinner, so feel free to stop reading here because the headline is also the conclusion’

Some of you may remember the masked rogue blogger and tweeter ‘MR Heretic‘ (MR being shorthand for ‘market research,’ not ‘mister’), author of a subtle little blog called The Market Research Deathwatch.

We haven’t heard from him/her in a while, and it saddens me because whether or not you agreed with MR Heretic’s assertions or approved of his/her penchant for the controversial, I find it’s refreshing to come across someone who doesn’t suddenly go blind every time a massive white elephant enters a room.

Happily, it recently came to my attention that the #MRX twitterverse has a new anonymous bomb thrower.

Her handle speaks for itself: Angry_MR_Client.

She’s caused a bit of a stir, but there are two sides to every story, and my aim today is to tell the other side’

Angry_MR_Client started with a slightly salty twitterfeed, which I’ve read and obviously follow.

Not surprisingly, it generated quite a bit of interest in MR circles and a lively discussion on the blog’s comment board ensued.

The shadowy, ax-grinding client subsequently appeared on the September 17 episode of the webcast series, Radio NewMR.

Her identity remains the subject of breathless speculation’some maintain she is actually a supplier with an agenda that would do Machiavelli proud.

According to her NewMR bio, Angry_MR_Client is a woman and she is currently the ‘youngest’ (i.e., newest, although she does also sound young when you listen to her) clientsider to tweet her frustrations with the industry.

We also know from her tweets and the interviews she’s given that she has some pretty strong opinions and a healthy sense of humor.

And lest we ignore the obvious, even those who are hearing about her for the first time know from her nom de plume that she’s had a few dissatisfying experiences with research providers.

For what it’s worth, while controversial, on the whole I haven’t found her comments inflammatory, but I’m not here to debate their merit and/or lack thereof.

Instead, I thought it might be interesting to present the providers’ perspective in similar fashion: anonymously.

I’m no industry apologist, but we spend an awful lot of time fixating on what’s wrong with commercial providers and little time talking openly about clients’ shortfalls (for obvious reasons).

The customer is not always right, and there’s nothing radical or subversive about pointing this out.

Nevertheless it’s clear that to get authentic opinions on a sensitive issue like this one requires the protection of a disguise.

By the way, this is not a rebuttal piece specifically aimed at Angry_MR_Client, although she inspired me to undertake it.

I appreciate Angry_MR_Client for speaking out and hope she will continue to do so, because she’s performing an important service to this industry.

In my interviews at no point did I mention her or solicit a response to anything she’s charged. I simply asked a few questions along the lines of, ‘What frustrates or upsets you most about clients’?

When I got this bug last week, I was determined to get the truth’raw and unvarnished, so I encouraged people to speak from the heart and to dispense with diplomatic pretense as they liked.

I didn’t want to start a counterproductive conversation, but I didn’t invite Pollyanna to the party, either.

Mostly Bad and Some Ugly

Obviously, I did not attempt anything remotely resembling a representative sample, but at the end of the day, I think the folks I interviewed provided a decent window into how the supplier community feels.

Several themes emerged (entirely unaided), which I’ll get to in my next post, so please stay tuned!

For now, I’ll simply close with some particularly resonant verbatims:

And that wraps part one of this two-part blog. I hope these comments gave you something to chew on, but it’s only a taste.

In part two, I’ll share some of the outcomes from my interviews with suppliers in more detail and introduce you to The Burn Victim, The Know-It-All, The Miser and a few other client types that bug suppliers.

Until then, thanks for reading and please share your thoughts (you don’t have to use your real name, either). 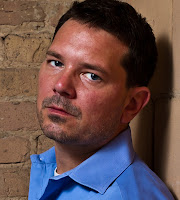 Marc Dresner is IIR USA’s senior editor and special communication project lead. He is the former executive editor of Research Business Report, a confidential newsletter for the market research industry. He may be reached at mdresner@iirusa.com. Follow him @mdrezz.